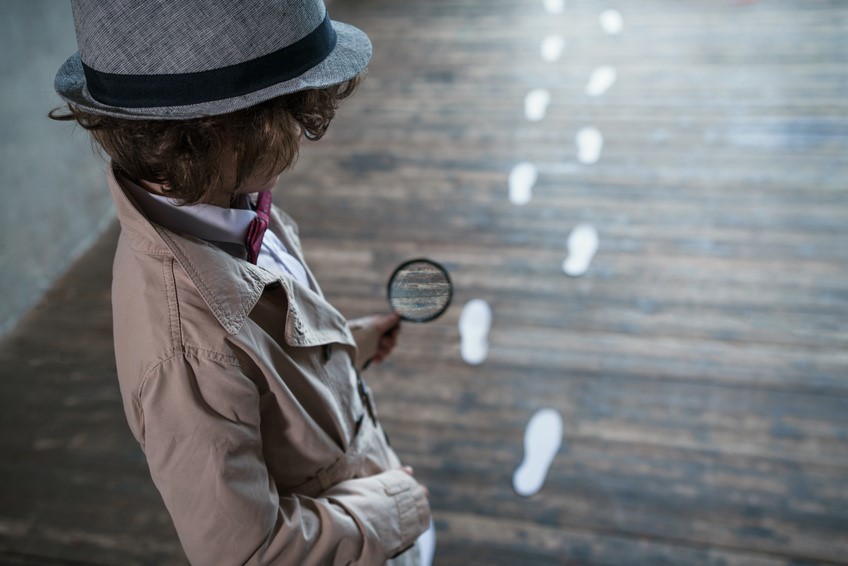 Round the table at our holiday creative writing workshop today are twelve bold, bright and courageous spy school students, all eager to set off on a secret mission – the most challenging of their lives so far!

But first, we set the scene. To fire up the children’s imaginations, we discuss how well spy school has prepared them for this mission. What have they been learning, what might be on the curriculum at a spy school?
Trailing and tracking, the art of disguise, martial arts and self-defence, map-reading, the latest technology, are some of the good ideas put forward. The students reluctantly agree that they won’t be learning to handle guns until they are eighteen, though someone suggests ‘twelve’…

The spy school is so hush-hush that even their best friend (a fictitious one, to whom they give a name), who lives close by, believes that they are at an ordinary boarding school. They have a secret place where they leave each other letters. There are plenty of ingenious suggestions for this hiding place, from a hollow tree to a disused rubbish bin!

One day they receive a desperate message from their friend: their house is being watched. Since the best friend’s father is an eminent scientist, this is alarming news. I explain to the children that in a novel this would be known as the ‘Inciting Incident’ stage of the plot, an event that starts off the action. The children write down what they think the message might say.

In the story we are experiencing together, the student takes the message to the directors of the spy school, where their worst fears are confirmed. Their best friend and his/her scientist father have been kidnapped by an enemy nation and are being held captive in a prison in the capital city. This country is ruled by a tyrant , is isolated and without modern technology.
The children act out a scene in which two students are informed what has happened by the directors and asked to go on a mission to rescue them. Unfortunately, it turns out that their spy school companion is their worst enemy! Everyone is eager to take part in this and we have some lively acting.

Afterwards we have a discussion about friendship. By this time the children have given their ‘enemy’ companion a name. Why do they dislike them so much? The most popular reasons are ‘bullying’ and ‘thieving’ – taking something that belongs to the spy student in question.
Then we talk about what makes someone a best friend and write it down.
Some of the qualities include ‘liking the same things’, ‘loyalty’, ‘standing up for each other’. The children really think about this and their comments are impressive.

I give them each a blank outline of the country they are to break into. They draw in the features of the terrain: mountains, rivers, marshes, forests, etc and of course the border control point and their proposed route to the capital city with its prison. To encourage creativity I pass round internet photographs of some extraordinary landscapes. We have a collection of amazing maps as a result!

The spy school students are given three gadgets to help them on their mission. (Nothing that relies on technology is allowed, since this country has none.) I ask them to think about what would be most useful on their journey, especially when they reach the prison and have to break in. They write down their ideas and we hear some of them. Brilliant! A yo-yo that sends out fire as it swings, a water bottle that refills itself with any liquid you want (including oil to loosen the prison locks) and a dragon breathing fire. In the end we decide the last might be rather tricky to handle, let alone dangerous for the student involved!

We are now well into our journey, traversing treacherous terrain. The children fill in a storyboard showing how their enemy companion rescues them at one point, when they are in the direst danger. They write a description beneath the pictures. Does this change the way they think about their worst enemy? Have they become a friend as a result? ‘No!’ says one boy, very firmly.

A stray dog has ‘adopted’ the two spy school students and follows them on their journey. The children look at various photographs of dogs – big, little, dangerous, cuddly – choose one each and write down its name. How will it be useful? We discuss. Guarding them, biting threatening strangers, frightening prison guards – excellent suggestions. Again, this discussion is to stimulate their imaginations and make the story more vivid and real.

A stranger gives them valuable information regarding the prison where their best friend and the scientist father are being held. (This is known as the ‘Turning Point’ in a plot.) What is this information?
The children write down their ideas and we hear some of them. Cell numbers, timing of guards’ meals and change of guard (when they may be distracted) – all very useful info, but can it be trusted from a stranger?
We discuss ways of testing it, and here the dog is very useful: it licks the stranger’s hand, proving he must be friendly!

We look at photographs of prisons. In what kind of prison is their friend and the friend’s father being held? Modern, decaying, Gothic? The children write descriptions and we hear some of them.

Now the spy school students use their ‘gadgets’ to break into the prison to carry out the rescue. I emphasise the importance of thinking ahead when you are writing a story, so you don’t introduce some clever way out at the last moment and cheat the reader…

We have reached the stage known as the ‘Darkest Hour’, for just as the spy school student rescues their friend, they are confronted by the tyrant ruler!

It’s generally agreed that their erstwhile enemy companion has become an ally by now. In the thrilling ‘Climax’ to our story can they they defeat the tyrant together?
Suggestions range from the violent to the ingenious, bringing back that very useful bottle: ‘a liquid to blind him so he can’t see us escaping’.
But one girl suggests a more peaceful means: ‘words’. Perhaps the tyrant had an unhappy childhood, which has made him like he is. Perhaps he would like his country to be more civilised and modern. Perhaps a deal might be struck, releasing the prisoners in return for help with the introduction of technology.
This is a very thought-provoking suggestion and everyone listens.

So the ‘Resolution’ of the story is reached, as each spy school student completes the mission successfully.

But have their feelings towards their companion changed after enduring so much together? Have they become a true friend, in fact? ‘Yes,’ says almost everyone. ‘No!’ says the same boy.

Finally, I ask the children to choose an event from the story we have experienced together and to write it as a complete chapter of a novel. It can be any particular episode, but it should contain a description of the setting, as well as dialogue and action. I encourage them to use interesting words – adverbs and adjectives – and to use all their senses.

The children write industriously. Although I am on hand for advice, I am always amazed by how much some of them manage to write and with such confidence and enthusiasm. Several of them read out (one girl even remembers to give her chapter a number – ‘Eleven’), I comment and we all clap. As always, there are one or two outstanding ones.

The aim of these creative writing workshops is to have fun (it is holiday-time, after all), while stimulating creativity, learning about story structure and developing writing skills. I think all my brilliant young writers have achieved that this morning. Mission accomplished! 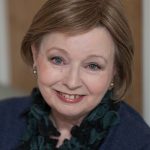 Patricia Elliott (www.patriciaelliott.co.uk) is the award-winning author of ten novels for children and young adults. Her latest book for 9 to 12s is The Ship of Spectres, a Connie Carew Mystery (Hodder Children’s Books). Patricia has worked in publishing in the UK and bookselling in the States and has an MA in Writing for Children. She visits schools to give talks and workshops and takes part in writing festivals for children. You can follow Patricia on Twitter @PElliottAuthor.