Animal narration and environmental topics are at the heart of our Spring term curriculum. We’ll cover a wealth of animal stories and poetry for all ages, and look at how to touch on issues that concern us– like plastic pollution and endangered species– in our storytelling. Our number one tip for budding writers is to read, so we’ve put together a spring reading list of some of the best animal and environmental stories.

Watership Down by Richard Adams 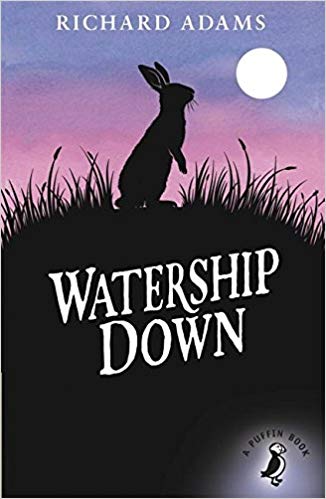 Fiver, a young rabbit, is very worried. He senses something terrible is about to happen to the warren. His brother Hazel knows that his sixth sense is never wrong. So, there is nothing else for it. They must leave immediately.
And so begins a long and perilous journey of a small band of rabbits in search of a safe home. Fiver’s vision finally leads them to Watership Down, but here they face their most difficult challenge of all . . . 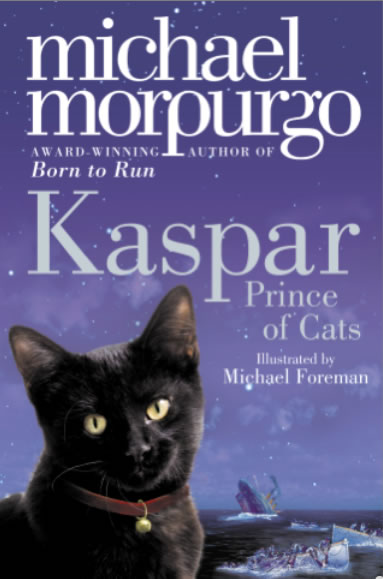 Kaspar the cat first came to the Savoy Hotel in a basket – Johnny Trott knows, because he was the one who carried him in. Johnny was a bell-boy, you see, and he carried all of Countess Kandinsky’s things to her room.
But Johnny didn’t expect to end up with Kaspar on his hands forever, and nor did he count on making friends with Lizziebeth, a spirited American heiress. Pretty soon, events are set in motion that will take Johnny – and Kaspar – all around the world, surviving theft, shipwreck and rooftop rescues along the way. Because everything changes with a cat like Kaspar around. After all, he’s Prince Kaspar Kandinsky, Prince of Cats, a Muscovite, a Londoner and a New Yorker, and as far as anyone knows, the only cat to survive the sinking of the Titanic…

Journey to the River Sea by Eva Ibbotson 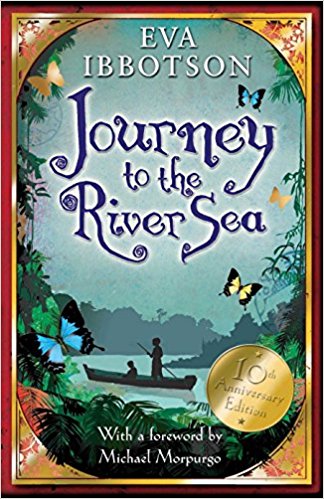 It is 1910 and Maia, tragically orphaned at thirteen, has been sent from England to start a new life with distant relatives in Manaus, hundreds of miles up the Amazon. She is accompanied by an eccentric and mysterious governess who has secret reasons of her own for making the journey. Both soon discover an exotic world bursting with new experiences in Journey to the River Sea, Eva Ibbotson’s highly colourful, joyous adventure.

When the Mountains Roared by Jess Butterworth 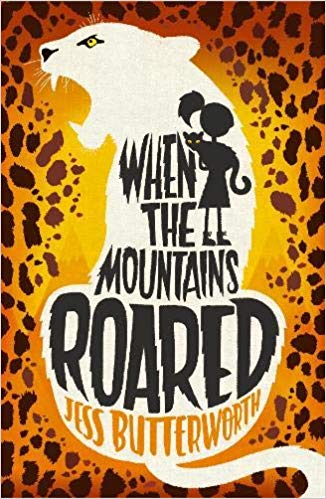 When Ruby’s dad uproots her from Australia to set up a hotel in the mountains of India, Ruby is devastated. Not only are they living in a run-down building in the middle of the wilderness surrounded by scorpions, bears and leopards, but Ruby is sure that India will never truly feel like home – not without her mum there.
Ever since her mum died, Ruby has been afraid. Of cars. Of the dark. Of going to sleep and never waking up.
But then the last remaining leopards of the mountain are threatened and everything changes. Ruby vows to do all she can to protect them – if she can only overcome her fears… 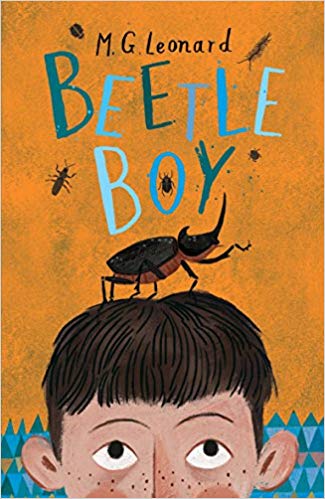 Darkus can’t believe his eyes when a huge insect drops out of the trouser leg of his horrible new neighbour. It’s a giant beetle – and it seems to want to communicate. But how can a boy be friends with a beetle? And what does a beetle have to do with the disappearance of his dad and the arrival of Lucretia Cutter, with her taste for creepy jewellery?

I Am the Seed that Grew the Tree by Fiona Waters (author), Frann Preston-Gannon (illustrator) 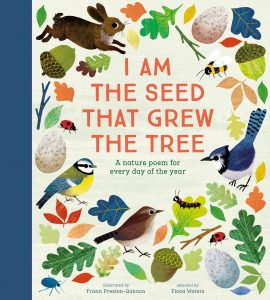 The Lost Words by Robert Macfarlane 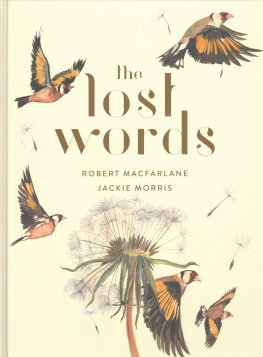 The Lost Words stands against the disappearance of wild childhood. It is a joyful celebration of nature words and the natural world they invoke. With acrostic spell-poems by award-winning writer Robert Macfarlane and hand-painted illustration by Jackie Morris, this enchanting book captures the irreplaceable magic of language and nature for all ages. 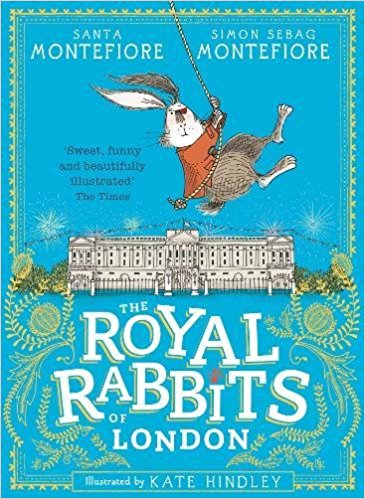 Shylo has always been the runt of the litter, the weakest and queitest of all of his family, his siblings spend their days making fun of him for not being like the rest of them. But when Shylo stumbles across a band of ratzis and overhears their evil plan to take a photo of the Queen in her nightie, it’s up to this unlikely hero to travel to London and inform the Royal Rabbits of London about the diabolicial plot! The Royal Rabbits of London have a proud history of protecting the royal family and now the secret society need to leap into action to stop the ratzis… But can a rabbit as feeble and shy as Shylo convince them that Queen is in danger?

Charlotte’s Web by E. B. White

This is the story of a little girl named Fern who loved a little pig named Wilbur and of Wilbur’s dear friend, Charlotte A. Cavatica, a beautiful large grey spider. With the unlikely help of Templeton the rat, and a wonderfully clever plan of her own, Charlotte saves the life of Wilbur, who by this time has grown up to be quite a pig.