We can’t wait to get our teeth into the ‘Master Your Creative Writing’ autumn term, in which we will be Rewriting Shakespeare! Whether or not your child is taking the ‘Master Your Creative Writing’ course this time, we’ve compiled a list of books to boost your child’s enthusiasm for the Bard, including a mixture of adaptions, biographies and related tales.

Initially, the task of enthusing 5-8 year olds about ancient texts may seem daunting – but these three books provide a perfect way of bringing the Bard to life for young readers! Michael Rosen’s unmistakable witty voice will have readers giggling along as they find out all about Shakespeare’s life and times, along with easy-to-use timelines and plenty of fun facts. Pamela Butchart’s ‘To Wee or Not to Wee’ is a fantastic addition to the school misadventures of Izzy, who is keen to prove to her classmates that Shakespeare is the ultimate source of drama, adventure, blood and guts! Finally, ‘Pop-Up Shakespeare’ is designed beautifully by Jennie Maizels, wherein each page literally brings Shakespeare’s works to life! The craftsmanship of the book is spectacular, and the text from Reed Martin and Austin Tichenor clearly shows lauds their roots in comedy theatre. 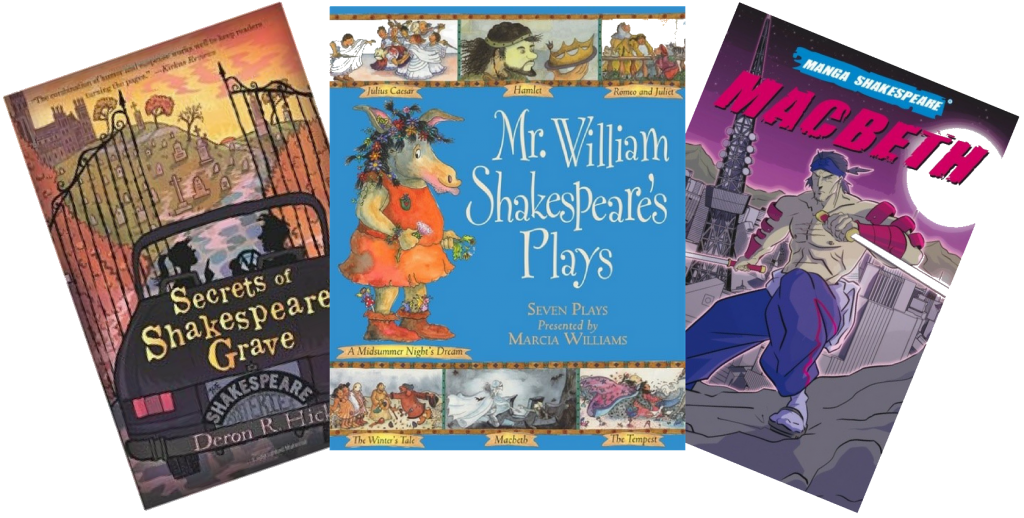 ‘The Secrets of Shakespeare’s Grave’ is perfect for fans of mystery and adventure. Hicks’ fast-paced tale follows 12 year-old Colophon Letterford as she unravels the strange connections between her family and Shakespeare’s, meeting some crazy characters in the process. Marcia Williams’ ‘Mr Shakespeare’s Plays’ is a regular on most school bookshelves for a reason! These delightful comic-strip retellings of 6 of the Bard’s plays are full of character and heart. Finally, Manga Shakespeare’s Macbeth gives the ghostly tale an epic makeover with Deas’ incredible illustrations, making the Samurai setting seem a completely natural fit for the classic story. 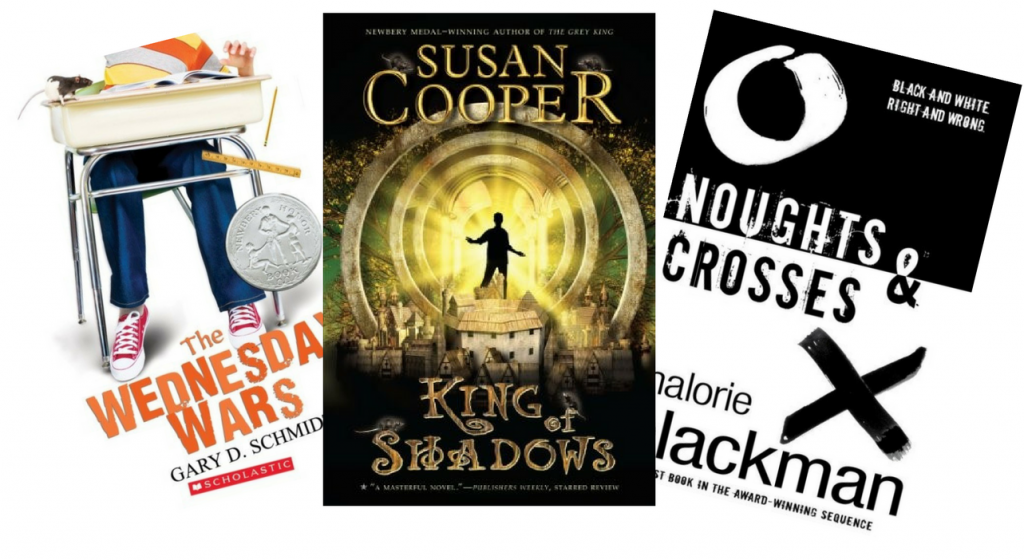 Set in late-sixties America, ‘The Wednesday Wars’ by Gary D.Schmidt offers all sorts of history lessons whilst crafting incredibly compelling characters. We follow the story of seventh-grader Holling Hoodwood, who, to his dismay, is forced to read the plays of Shakespeare whilst others in his school have religious instruction. Little does he know that the things he discovers in these plays may well help him understand the changing world around him. Susan Cooper’s ‘King of Shadows’ also follows a young student, Nathan Fields. Nathan is rehearsing for the role of Puck when a strange illness results in him waking up in 1599! Even stranger is his discovery of a theatre director whose name is Will… Finally, Malorie Blackman’s renowned retelling of Romeo and Juliet in ‘Noughts & Crosses’ is a must-read coming of age novel for young people. Tackling complex themes including racism, prejudice and class divides, ‘Noughts & Crosses’ is a challenging read but one which encourages critical thinking about our world.

DISCOVER OUR TERM-TIME PROGRAMME Back