10 Great Books for Kids to Read this Christmas 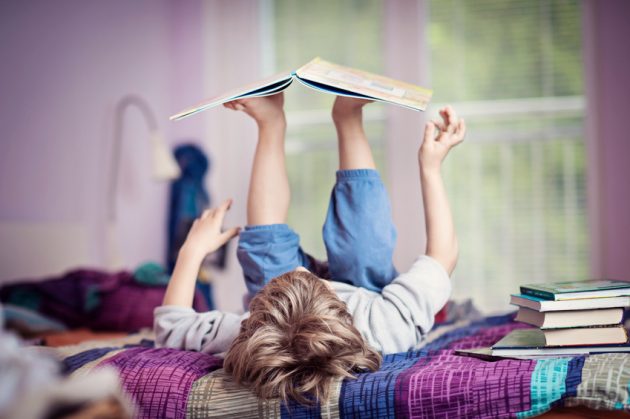 ‘Tis the season to get reading! Why not take a look at our top books for feeling festive or icy adventures over the Christmas break. 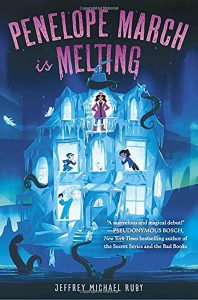 When something twisted starts happening to Glacier Cove, it’s up to unlikely hero Penelope March and her brother Miles to save the day. For a girl who only comes across adventure stories in books, stepping up to the plate of living an adventure is proving quite a challenge! Expect volcanoes, penguins, magic cookies, sea monsters and more…

The eagerly awaited sequel to bestselling ‘Furthermore’, Mafi’s wit and powerful world-building will entrance and entertain both new and familiar readers. Follow Laylee on a voyage from darkness and loneliness to colour and magic. Perfect for fans of fantasy! 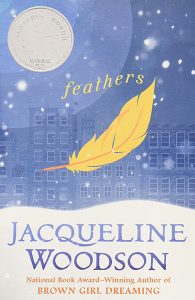 Join National Book Award-winning Jacqueline Woodson in this intense historical drama. Moving, powerful, yet fun, Woodson introduces complex themes including race, faith and anger in a narrative which is as gripping and relatable as it is important. A wonderful coming-of-age story for confident readers; no wonder it’s a Newbury Honor winner!

Calling all adventurers! Join Stella as she join’s her adoptive father’s mission to the coldest parts of the Icelands. Separated from the adults after mislaid plans, it’s up to Stella and the boys of the club to navigate a world which is as dangerous as it is mystifying. Waterstones chose it as their Children’s Book of the Month for its daring plots and wacky characters! 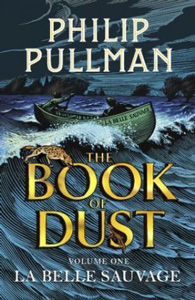 If you haven’t been living under a rock, you may know that La Belle Sauvage is the biggest thing to happen to children’s (and grown-ups’) fantasy literature this year. Set 10 years before the His Dark Materials trilogy, Pullman has proclaimed this to be an equal (not a prequel!) to the renowned series. Expect darkness, drama, mysterious beasts… and another two books in years to come!

“The Christmasaurus” by Tom Fletcher 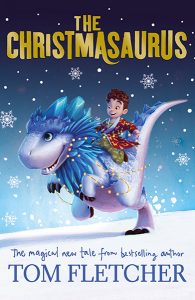 As if visiting Santa could get any more exciting for young William Trundle, imagine his surprise when he meets a dinosaur there – a dinosaur who wants to be a reindeer! A charming tale full of wit and silliness, this is a perfect winter warmer to be read in the days counting down to Christmas. 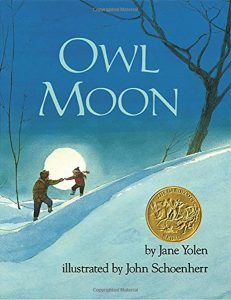 The ultimate bedtime story for cold, wintery nights. Yolen’s beautifully poetic language with John Schoenherr’s dreamlike watercolour illustrations make this a true pleasure to read, and a deserving winner of the Caldecott Medal. Perhaps you’ll even be inspired to go out searching for owls too!

“One Christmas Wish” by Katherine Rundell 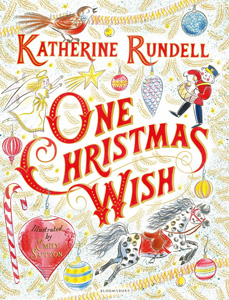 Poor Theo has been left at home on Christmas Eve with no-one but a babysitter! When he makes a wish on a bizarre looking star hoping for more friends something truly magical happens; Christmas in his house comes alive, really alive, and chaos ensues! Hilarity, beautifully illustrations, and a lovely moral all come included in this story!

“Oskar and the Eight Blessings” by Richard & Tanya Simon 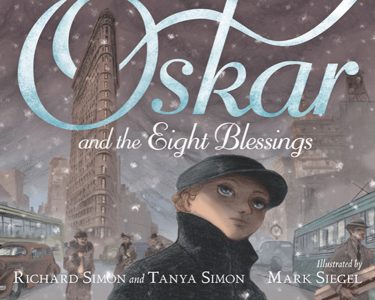 Another pick for fans of quality illustration, Siegel’s drawings transport the reader right back in time for the book’s 1938 New York setting. Follow immigrant Oskar, who has survived Kristallnacht in Nazi Europe, as he arrives in America on the last day of Hanukkah (which happened to also be Christmas Eve in 1938)! In spite of the difficulties Oskar faces, he finds blessings in every turn he makes to start his new life. 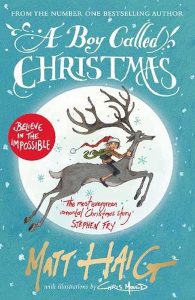 Everyone knows about Father Christmas – but was he born big, bearded and jolly? Matt Haig’s magical tale tells the story of a boy named Nikolas from Finland whose life changed forever. Hilarious, heartbreaking and thrilling all at once, this is a must-read for festive souls.